LbQ Question Sets have the flexibility to be used by teachers in a number of ways:

- There are more than 60,000 high-quality questions contained in the LbQ Question Sets. These are useful for teaching with during lessons by bringing them up on a classroom display. Regardless of whether or not you have pupil devices in your classroom, even with a LbQ FREE Account Teachers can open any Question Set and select any question to use on the classroom display. We call this ‘Teach Mode’ which means that teachers have a free run of all the high quality LbQ questions across all years, topics and subjects. 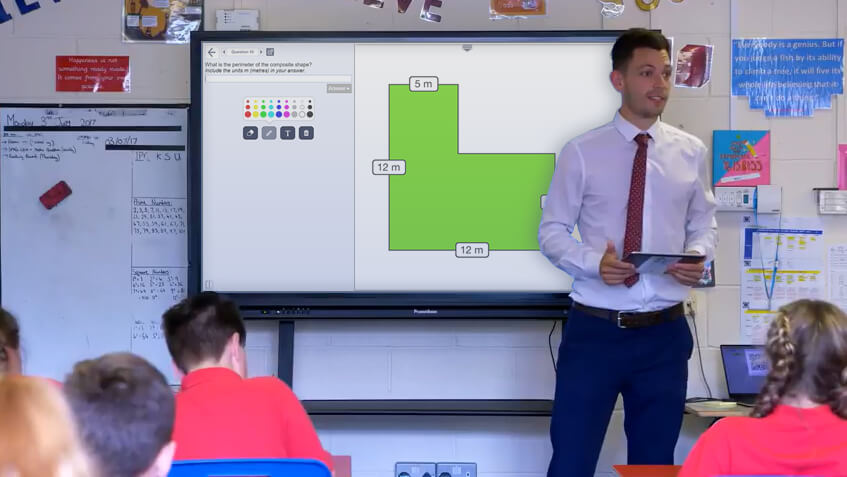 LbQ question in Teach Mode
When the question is displayed in Teach Mode there are a number of annotation tools at the teacher’s disposal and the answers can be entered for marking and feedback. Don’t forget LbQ enables you to also add your own questions in Question Sets and these can also be opened up for use in Teach Mode.

- Teachers can pause an activity and pose a question to the class or a group of pupils at any time. Ad hoc mode enables teachers to create or use a single question - at any time and then send it to a selection of pupils who are logged in to the lesson. Questions can elicit a text, numeric or multiple choice response. The pupil’s responses default to anonymous so the teacher can choose whether or not to reveal the pupil names alongside their responses. An Ad hoc question may be composed in the moment as the teacher writes it on the classroom display, or verbally asks the question of pupils, or by selecting any question from an LbQ Question Set. 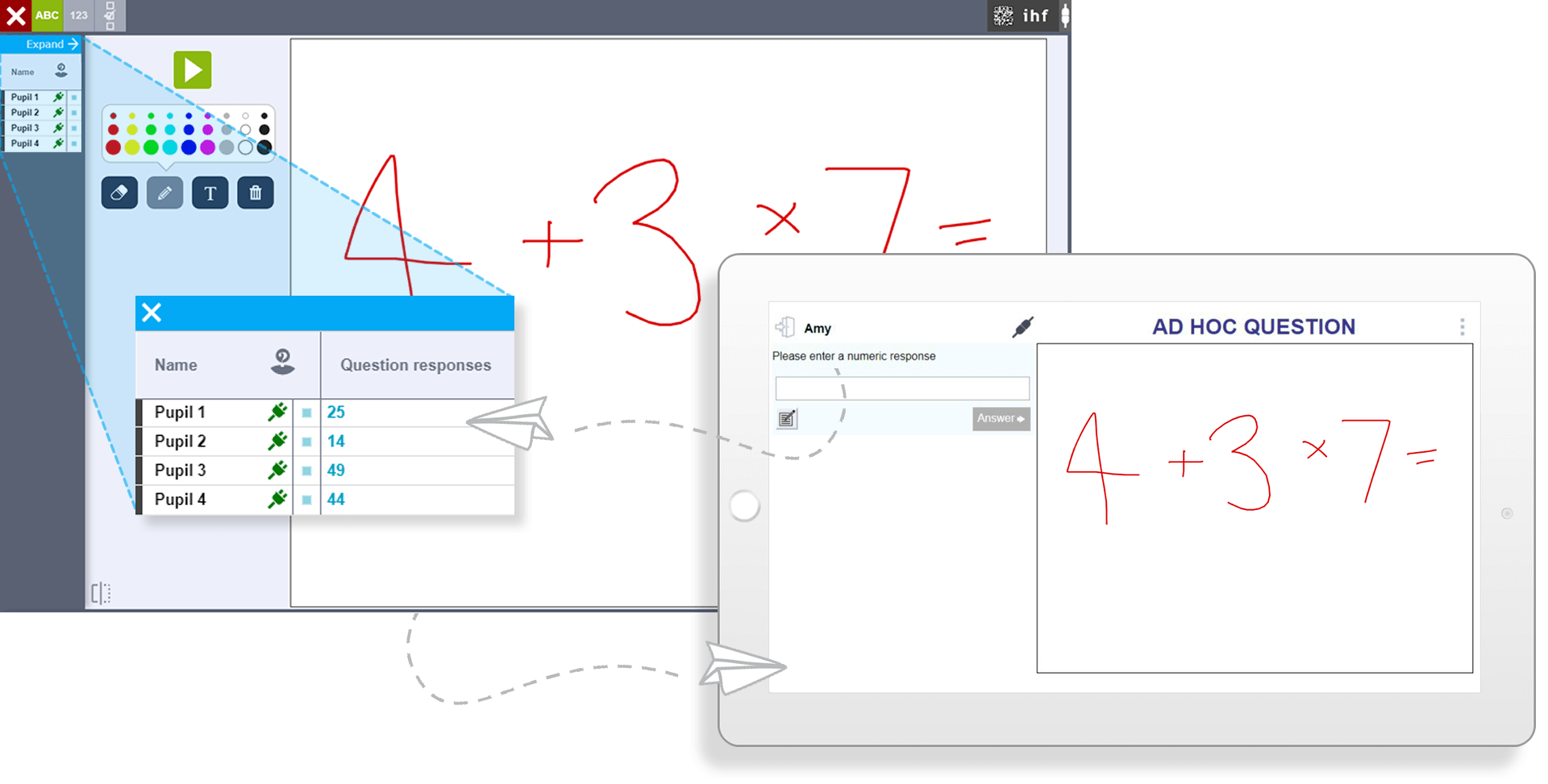 - LbQ Question Sets include a sequence of scaffolded questions that students work through at their own pace during lessons, so they learn without having to wait for others and they can progress without holding other learners up. This means that a class of same or mixed ability pupils can all be engaged at the same time to make the most of time available during lessons. It takes just a few seconds for pupils to join an LbQ lesson. Pupils simply need to enter a session Code into their LbQ App or web login page and they can then click on the Question Set that has been allocated by the teacher. Within a Self-Paced Question Set the teacher can set rules to automatically advance pupils to the next level if they have successfully answered a requisite number of questions. Up to 3 Self-Paced activities can be in operation concurrently during a lesson so that teachers can allocate to pupils and flexibly run Question Sets to cater for a range of abilities. 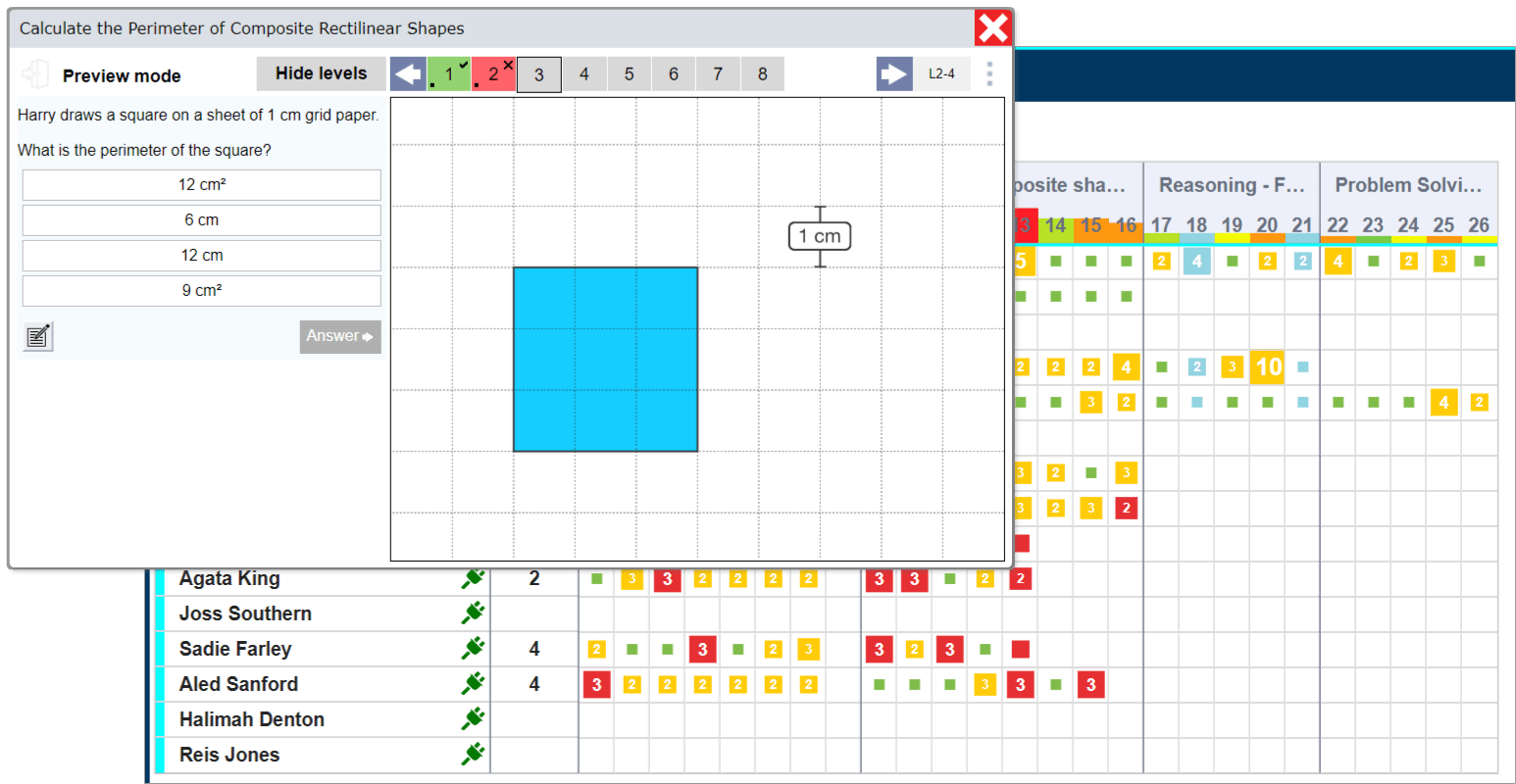